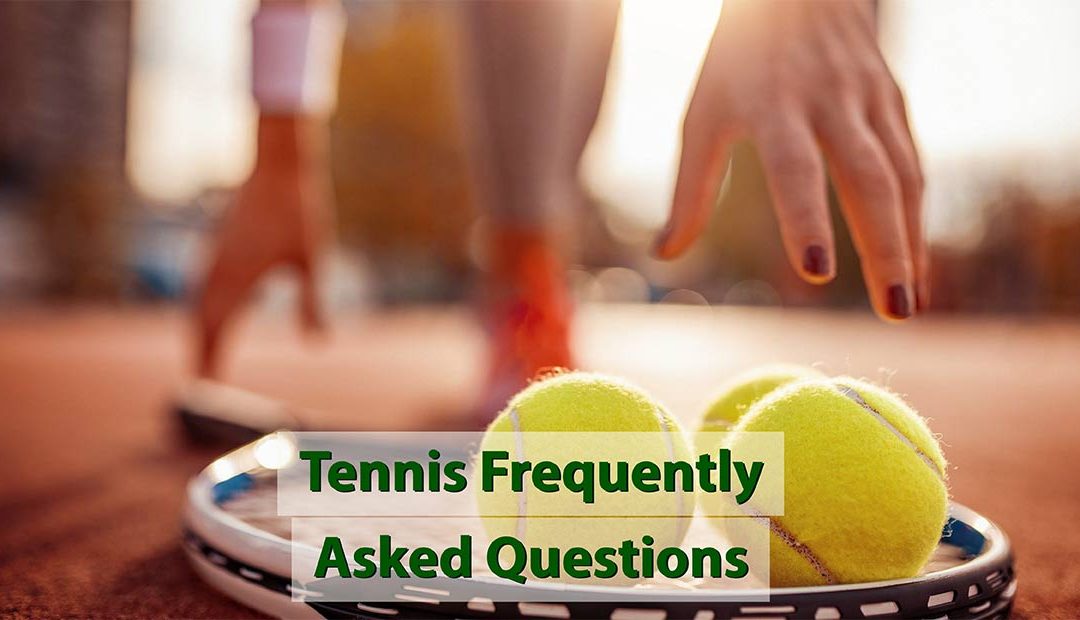 You have tennis questions and we have answers. Below we’ve started to compile a list of questions about tennis that get asked a lot.

#1 What is Tennis Elbow?

Tennis elbow (lateral epicondylitis) is a painful ailment that develops when the tendons in your elbow are overworked, generally as a result of repeated wrist and arm movements.

Athletes aren’t the only ones who get tennis elbow, despite its name. Plumbers, painters, carpenters, and butchers are among those whose vocations require repetitive movements that might develop into tennis elbow.

Tennis elbow is a condition in which the tendons of your forearm muscles adhere to a bony protrusion on the outside of your elbow, causing discomfort. It’s possible that the pain may move to your forearm and wrist.

Tennis elbow is often treated with rest and over-the-counter pain medications. If non-surgical therapies don’t work or if your symptoms are incapacitating, your doctor may recommend surgery.

#2 What is a Grand Slam in Tennis?

First and foremost, every major tennis event is referred to as a ‘Grand Slam’. A ‘Grand Slam’ is achieved when a player wins all four majors in a calendar year: the Australian Open, French Open, Wimbledon, and US Open.

Steffi Graf was the last player to achieve the feat in 1988, when she won the Golden Slam after winning a gold medal at the Olympic Games in Seoul. Is he the final man? It was Rod Laver, an Australian, who achieved it for the second time in his Hall of Fame career in 1969. 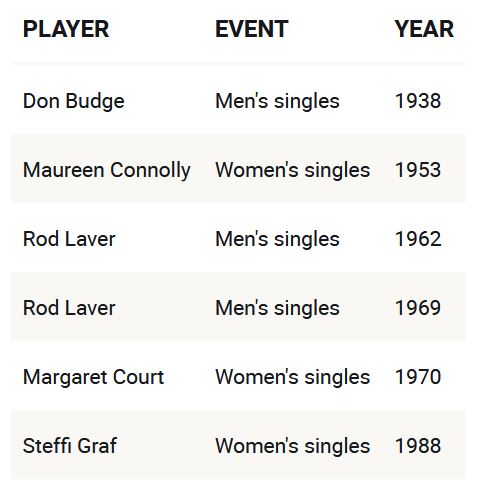 #3 What Color is a Tennis Ball?

A tennis ball must be yellow in hue, according to tennis rules – particularly, the International Tennis Federation, or ITF regulations. After television viewers struggled to follow the movement of white balls, the directive was issued in 1972. Manufacturers such as Gamma Sports use the color yellow to distinguish their product—in Gamma’s case, optic yellow.

There are more colors used in tennis, however. Various colors signify different pressure levels for kids’ tennis balls, with each level ideal for different age groups and ability levels.

The many hues of children’s tennis balls are there for developmental objectives, not merely to have fancy-colored tennis balls.

#4 How Many Sets are in a Game of Tennis?

Points, games, and sets make up a tennis match. A set is made up of a number of games (at least six), each of which has its own set of points. The first team to win six games with a margin of at least two games over the other team (e.g., 6–3 or 7–5) wins the set.

If the set is deadlocked at six games each, the set is normally decided by a tie-break. A player or a doubles team wins a match when they win the majority of the stipulated number of sets.

#5 What is a Tennis Bracelet?

A tennis bracelet is a symmetrical array of diamonds or jewels joined by a thin precious metal chain. The stones in these bracelets are usually the same size, shape, color, and clarity as one another. Tennis bracelets were formerly called ‘line diamond bracelets,’ but this phrase has now become archaic and has been replaced with the more common term – tennis bracelet.

Rather than its origin or purpose, the tennis bracelet got its name from a well-known public event. Chris Evert, a professional tennis player, lost her George Bedewi diamond bracelet during a match at the 1987 US Open. While TV viewers and spectators watched the now-famous tennis bracelet search, the player requested that the umpire stop the game while she looked for the lost bracelet.

When Evert discovered that the diamond bracelet had vanished because the clasp had broken, she was able to locate it. Not only did this push jewelers to manufacture secure clasps for their bracelets, but tennis bracelets themselves were in considerably greater demand as a result of the publicity generated by this important public event.

#6 What is a Walkover in Tennis?

A walkover happens when a player wins a tournament without participating, despite the fact that the rules of tennis demand that a match be played.

In tennis, a walkover occurs when a match is canceled without prior notice within 24 hours, or when a player sustains an injury during practice or the warm-up and is unable to finish the game. It also occurs when a player is more than 30 minutes late for a game with no justification.

Even if an opponent does not play, a player who suspends a match becomes the loser and thereby wins the match by default.

The walkover policy was created to assist players in sticking to their planned matches and to give a solution if a game is postponed at short notice, ensuring the tennis league’s ease of operation.

When you take a good tennis serve stance, your front foot should point towards the right net post (for right-handed players) and your rear foot should be parallel to the baseline.

Because you need to be steady in all directions once you commence and execute your entire serve motion, the toes of the rear foot are approximately aligned with the heel of the front foot.

Hold the racquet as if it were a hammer, with the edge perpendicular to the ground, as indicated in the illustration.

Then, directly next to the bone on the thumb, insert your left index finger in the ‘valley’ between the thumb and the index finger of your right hand (for right-handed people).

The striking section is when the serve is delivered well or improperly.

Consider the parts of the backswing, including coiling, bending your knees, swinging the racket back, keeping the trophy posture, and so on, as methods to collect energy.

You’re merely storing energy in preparation for an explosive release when you make contact with the ball.

This striking moment determines whether the ball is struck cleanly and appropriately (flat, topspin, or slice).

#9 When Was Tennis Invented?

Tennis is an adaptation of a very old sport, the jeu de paume, which was codified in England in the 1870s and is now a prominent sport with millions of spectators every year. It was part of the Olympic program from 1896 to 1924, and it was reinstated in 1988, and the big Olympic stage has become a pivotal milestone in the careers of the world’s finest tennis players. Areas of the Tennis Court