10 Tips to Improve Your Tennis Game 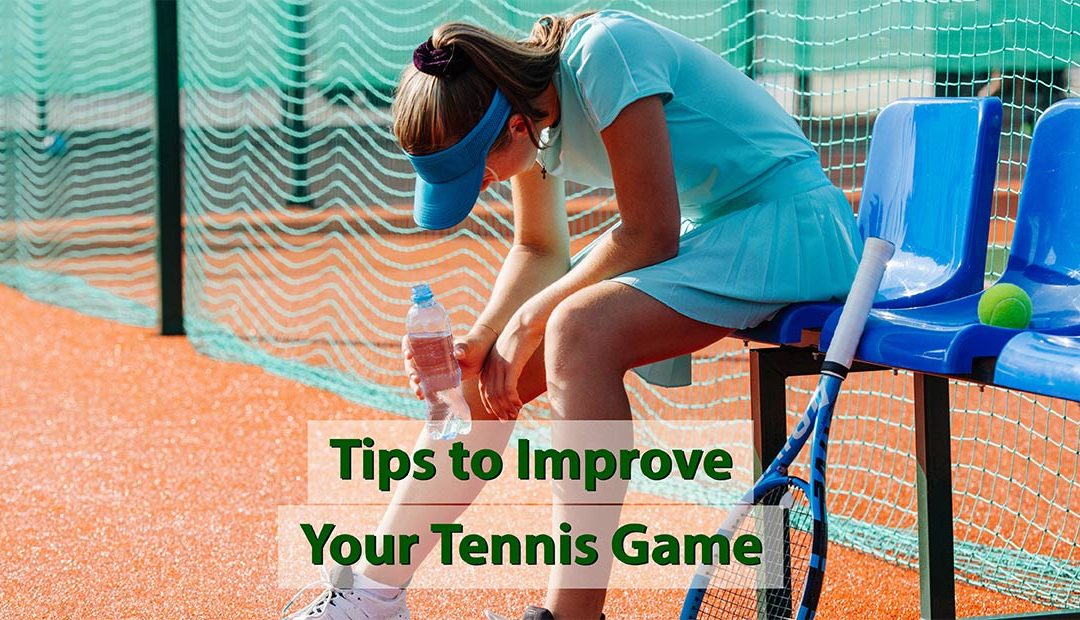 Tennis looks to be ahead of many sports in terms of search interest when compared to other sports on a worldwide basis, according to Google Trends data. Major team sports like football (soccer) and basketball are more popular than individual sports like boxing, swimming, and cycling. Tennis, however, tends to garner greater overall attention than other individual sports like the aforementioned.

This article aims to educate tennis players on different methods that can be implemented to improve their game.

Should I Play Tennis?

Tennis burns approximately 400 calories an hour and builds bone strength, stamina, and flexibility. Scheduling a game with pals makes it harder to cancel, meaning you’re more likely to regularly exercise if you make tennis a part of your routine.

Tennis is a sport that draws a diverse spectrum of individuals, but one thing that they all have in common is that they are social. Tennis is an underestimated method to expand your social circle and make new friends.

Unlike many other sports, tennis does not entail bad language, mud slinging, or writhing on the floor holding a limb. One may play a match, shake hands civilly, and leave the court with dignity and sportsmanship.

How Can I Get Better at Tennis?

Now that we’ve determined that you should be playing tennis, let’s discuss what you can do to improve your game.

Play just one style, especially if you’re just picking up the sport. In a match, the better players often stick to using just one or two patterns. Amateurs have their favorite shots, but the top players constantly attempt to hit their strongest.

#2 Before a Match, Develop a Game Plan

One reason you may feel your game isn’t progressing is because you don’t practice with a strategy. You don’t gain anything by coming onto the court without a game plan, other from getting into a nice shooting rhythm. And this is particularly important if one or more of your shots have a technical problem. If you don’t correct the flaw, you’ll be training inefficient mechanics into your muscle memory.

When players miss a shot, they usually blame it on a flaw in their stroke technique. The most common reason for missed shots, though, is when a player is out of position. Even a player with poor mechanics can create great strokes by getting into position and setting up the shot. A player who is out of position can be off-balance, leading to the ball missing the strike zone of the racket, and the shot not meeting expectations.

#4 Don’t Walk the Line of Every Shot

Being aggressive is one thing; being irresponsible is quite another. You don’t want to be predictable with every shot. The better you become, the closer and more comfortable you will get at making your shots. Ideally, you want to keep your opponent guessing.

When you become a bit apprehensive or your opponent is in charge of play and moving you around, the majority of individuals, regardless of what sport they play, can improve by following through. In other words, be confident in your shot and your game will improve.

#6 Look for Your Opponent’s Weakness

Most matches begin with a five-minute warm-up. Use that time to warm up for the match, but also to put your opponent to the test by hitting forehands and backhands to see what he’s good at returning. From there, you may plan how to take advantage of their strengths and limitations.

#7 Use a Professionally Strung Racket

You should have an experienced pro string your racquet. When you properly weigh, balance, and string-pattern your racket, you have the right amount of tension to get the most from each of your shots – leading to more power and accuracy.

#8 Train With the Best

Look to practice with a challenging opponent the next time you compete in a match. Adding higher-level training partners will make a significant difference in your game. Better competition leads to improved energy, attention, footwork, and decision-making down the road.

There is no better method to fully showcase what you need to improve on than to compete. Tournaments are competitive and the desire to win brings the best out of players. The drive to succeed in a competitive setting puts your ability to execute under pressure to the test. As a consequence, if your technique, footwork, or mental attitude aren’t sound, your game could fall apart under duress.

Whether joining a group class or getting one-on-one instruction from a knowledgeable and experienced tennis player is the best way to improve your game. A coach will assess, recognize strengths and weaknesses, show a player how to improve, and get players prepared for tournaments. Just a few lessons can greatly improve one’s tennis game.

Like everything in life, the best way to get good at anything is to practice. When it comes to sports, muscle memory is vital so that players instinctively react accordingly to the infinite number of scenarios they face during match play.

Identify your strengths, improve upon them, practice your mechanics and make sure your body is positioned correctly. These may sound like the basics, but it’s the basics that you must master in order to truly improve your tennis game.

When competing in tournaments, make a game plan and stick to it. During warm-up sessions, look for ways to learn as much as possible about your opponent’s skillset.

Finally, play more tournaments, use the right equipment, and if you truly want to improve, get lessons from a pro.